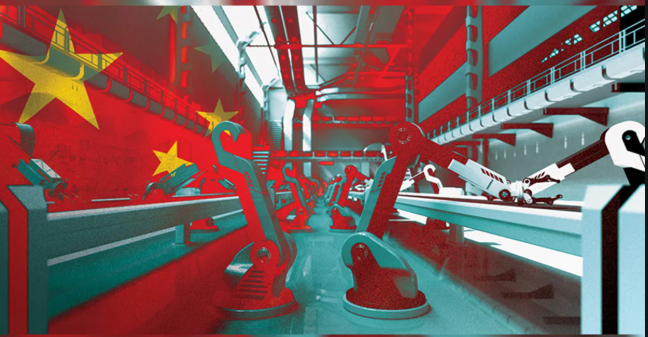 Artificial intelligence has played a vital role in the fight against the COVID-19 outbreak and been widely applied in various sectors with tremendous potential, becoming the driving force for scientific and technological development, according to speakers at the 14th Vision China event.

Organized by China Daily and the Information Office of Tianjin Municipal People’s Government, the event, “Intelligence New Era: Innovation, Energization and Ecology”, was broadcast online to a global audience on Tuesday night. It coincided with the ongoing Fourth World Intelligence Congress, an online event that started on the same day and runs until Wednesday in Tianjin.

The city’s future development relies on the guidance of intelligent technology, said Chen Zhemin, a member of the Standing Committee of the Communist Party of China Tianjin Municipal Committee and head of the Committee’s Publicity Department, while underlining “Tianjin has given great importance to intelligent manufacturing and AI, which play a leading role in socio-economic development.”

According to Chen, the city has transformed and upgraded all factors in the whole process, the industrial chain and the life cycle of its manufacturing industry. It has completed four groups of 911 intelligent transformation projects, and cooperated with enterprises to sign 200 cooperation agreements, with a total investment of 261 billion yuan ($36.9 billion).

Zhou Shuchun, publisher and editor-in-chief of China Daily, said during the pandemic a host of AI technologies have come to the fore, which have become key for China in the fight against the virus.

“AI has become a major driving force for the new round of technological and industrial revolution. It is profoundly changing the way people work, live and learn, pushing human society toward an intelligent era of human-computer cooperation, cross-sector collaboration and joint creation and sharing,” Zhou added.

In particular, Zhou noted Tianjin is a pioneer in AI city construction and has become a leader in China’s AI development. The intelligent technology industry gives strong impetus for Tianjin to achieve high-quality development.

Now, Tianjin is shaping up to become a high-tech hub and has rolled out a series of supportive policies to develop the AI sector.

As a veteran investor, Levy pointed out that AI companies tend to have much higher valuations than other companies. “We also see that in our deal flow, about 90 percent are AI related,” he said.

Public health authorities used AI to predict the spread of the disease. They also used AI to develop vaccines and model molecular structures that could result in effective drugs to treat the novel coronavirus, he added.

He said one of the reasons for the popularity of digital payment in China is that the country doesn’t have large credit card companies trying to maintain market share. As a result, China was able to create a new type of payment infrastructure from scratch, Schulte said.

In addition, the country is moving ahead in autonomous cars, battery storage and certainly in superfast 5G technology, Schulte said. “China’s move into 5G is very much geared toward an industrial build to address industrial issues, like smart cities, urban planning and the integration of healthcare systems.”

“AI has built a solid foundation for the intelligent system. Otherwise, relying on big data alone is like building on a foundation of soil, which is dangerous and impossible,” said Wang Feiyue, director of the state key laboratory for management and control of complex systems at the Institute of Automation under the Chinese Academy of Sciences.

Wang added while AI is intended to reduce the use of manpower, it will result in more employment.

With the growth of big data, cloud computing and other cutting-edge technologies, AI is gradually becoming a key driving force of economic growth

In 2017, the State Council issued a plan that set benchmarks for China’s AI sector, with the value of core AI industries predicted to exceed 1 trillion yuan and make the country a global leader in AI innovation by 2030.

Jose Pedro Magalhaes Lucas, dean of the Luban Workshop at the Polytechnic Institute of Setubal in Portugal, said they will strengthen cooperation with China to cultivate more high-end technical talents.

The workshop was jointly built by the Tianjin Vocational College of Mechanics and Electricity in China and Polytechnic Institute of Setubal in Portugal, to cultivate high-quality technical professionals familiar with Chinese technology, products and standards.

“The Luban Workshop is a major achievement of Tianjin’s international exchanges and cooperation in vocational education. It is a wide and very complete Industry 4.0 engineering infrastructure, with full potential for collaboration with industry,” said Lucas, referring to the new phase of industrial development that focuses on interconnectivity, automation, machine learning, and real-time data.

Launched in 2018 by China Daily, Vision China invites renowned political, business and academic speakers to tell China’s story from a global perspective and discuss major China-related topics of international interest. It is a broad platform to make China’s voice better heard around the world, as well as build a new channel to respond to global concerns on major China-related issues. Vision China has been held in several places, including Beijing, Tianjin, Hangzhou, Macao, New York, London and Johannesburg. The Tuesday event is the fifth Vision China session that moved online due to COVID-19.

Any cookies that may not be particularly necessary for the website to function and is used specifically to collect user personal data via analytics, ads, other embedded contents are termed as non-necessary cookies. It is mandatory to procure user consent prior to running these cookies on your website.